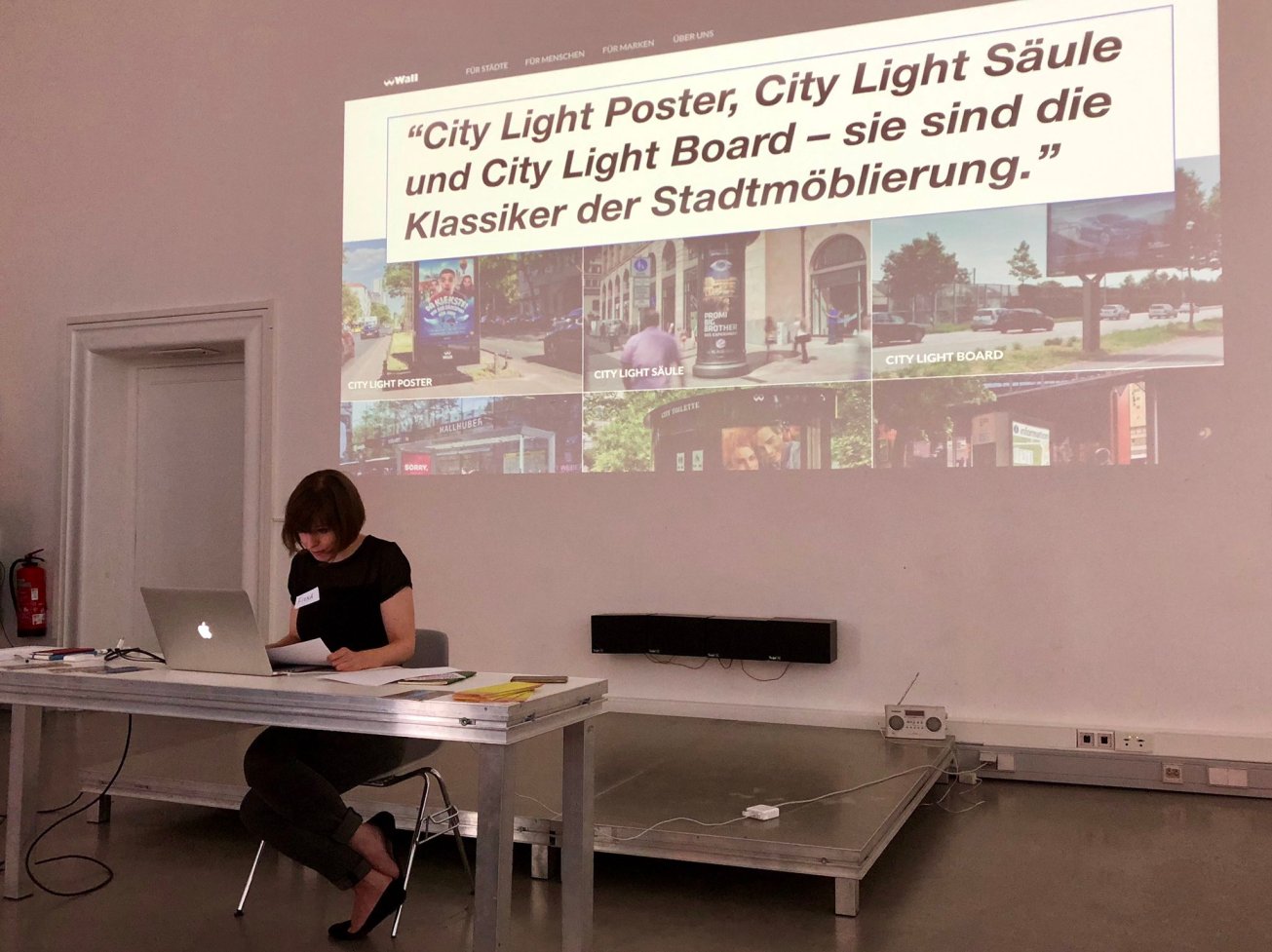 I was invited by the coordinators of a Universität der Künste Berlin’s Summer School design workshop, entitled Berlin Appeals, to restage my Way Too Concrete contribution “No other German ever had as many monuments as Ernst Litfaß”.

The photo documentation and text-based inquiry concerned the mysterious changes that, in recent months, had affected Berlin’s advertising columns – at the start of 2019, large numbers appeared wrapped in a single coloured layer of paper, with some disappearing altogether not long after. Entitled “No other German ever had as many monuments as Ernst Litfaß”, the presentation took the form of a letter about the history of the advertising columns, addressed to their creator, and explored the implications of new forms of screen-based mediation of the city.

The workshop focused on the poster as a means of free expression in a real public space, asking: What are the relevant messages of young designers in 2019?